Former Reprise recording artist Remi has gone indie! As keyboard player and vocalist for "The Day-Z's", a Funk-Pop female version of The Time produced by Morris Day, Minneapolis native Remi fulfilled a dream early on in her career to work with artists that she admired from her hometown. Remi (aka Kelli Gurman) has been writing, recording and producing her very own soulful mix of sensuality and groove with a "Pop" of exotic flavor, drawing inspiration from her global music and dance ensemble performances at California Institute of the Arts. Her move to Los Angeles has nurtured publishing deals, film and television appearances and US and European tours with Teena Marie, Karyn White, David Cassidy and Christopher Cross. "Ever since I can remember, at the very core of my creativity there's been the desire to uplift and inspire unity through love and music."

Music, dance and art have always been a part of Remi's life. "For a time I wanted to be a painter," Remi recalls, "but music won out with dance as a close second. My grandfather was a great inspiration to me. He was a Vaudeville entertainer and my biggest fan."

A graduate of California Institute of the Arts (Valencia, CA.), Remi studied world music and dance with teachers from West Africa, India and Indonesia. "As a Minneapolis native, born and raised on home grown funk and R&B, Cal Arts offered a rare opportunity to learn from native masters. I felt an immediate connection with my teachers and experienced first hand how their cultures embraced music, dance and community as unifying and inseparable."

Remi signed her first publishing deal with Macy Lipman’s publishing company Le Grande Fromage. She went on to land her first road gig with Babyface prodigy Karyn White as keyboard player, vocalist and dancer. Soon after, Remi signed her first recording contract on Warner/Reprise with an all female band produced by Morris Day of The Time. "This is when it all started happening for me" Remi recalls. "Ironically, I moved from Minneapolis to LA and ended up working with artists and producers that I had always admired from my hometown!" Additional tours followed including Motown recording artist Teena Marie and as keyboard player and duet partner to David Cassidy and Grammy Award winner Christopher Cross. Her studio collaborations have included Giorgio Moroder, Howard Hewett and Rachel Rachel. You may recognize her from appearances on Private Practice, Good Christian Bells, Felicity, Fame LA, Freaky Links, Melrose Place and as the on-camera keyboard player/musical director for the FOX show Comedy Express.

Remi’s solo Indy debut, A Taste of Eden is a soulful mix of sensuality and groove, receiving air play in the US and Europe. As a featured artist on the Universal Italia compilation Groove 90, her first single In the Heat of the Night, followed by Coco Bella has been promoted to over 3800 radio stations throughout Italy. Additionally, Remi has 2 songs featured on Café de Souls Vol. 1 compilation with airplay in both the UK and Netherlands. You can also hear her song Last Night in the independent film The Ten Rules and a playful funky duet on "The Eric Andre Show." You'll hear Remi's sensual voice for radio promotional spots on "Soul Seduction" and host Nicolas Drosos has called Remi's "Coco Bella" one of his favorite Nu Soul tracks to come out in the last 10 years.

Remi is constantly expanding and has added DJ/MC to her resume. In looking for ways to enhance the DJ experience, her project Tribe 1 brings together the best of both worlds – live band and DJ tracks. "I found a way to inject a live element into DJ tracks with Tribe 1 by working with some of the most talented musicians on the planet. We take guitar, percussion and drums and bring a fresh, live vibe to all of the most current and classic DJ mixes. Tribe 1 is often perceived as a band but it knows no limitations when it comes to the play list!"

Remi is a co founder of the non profit Music Heals and has witnessed the unifying and healing energy of music first hand. "Whether it's in a concert setting or on a dance floor, uniting people through music is where I want to be!" 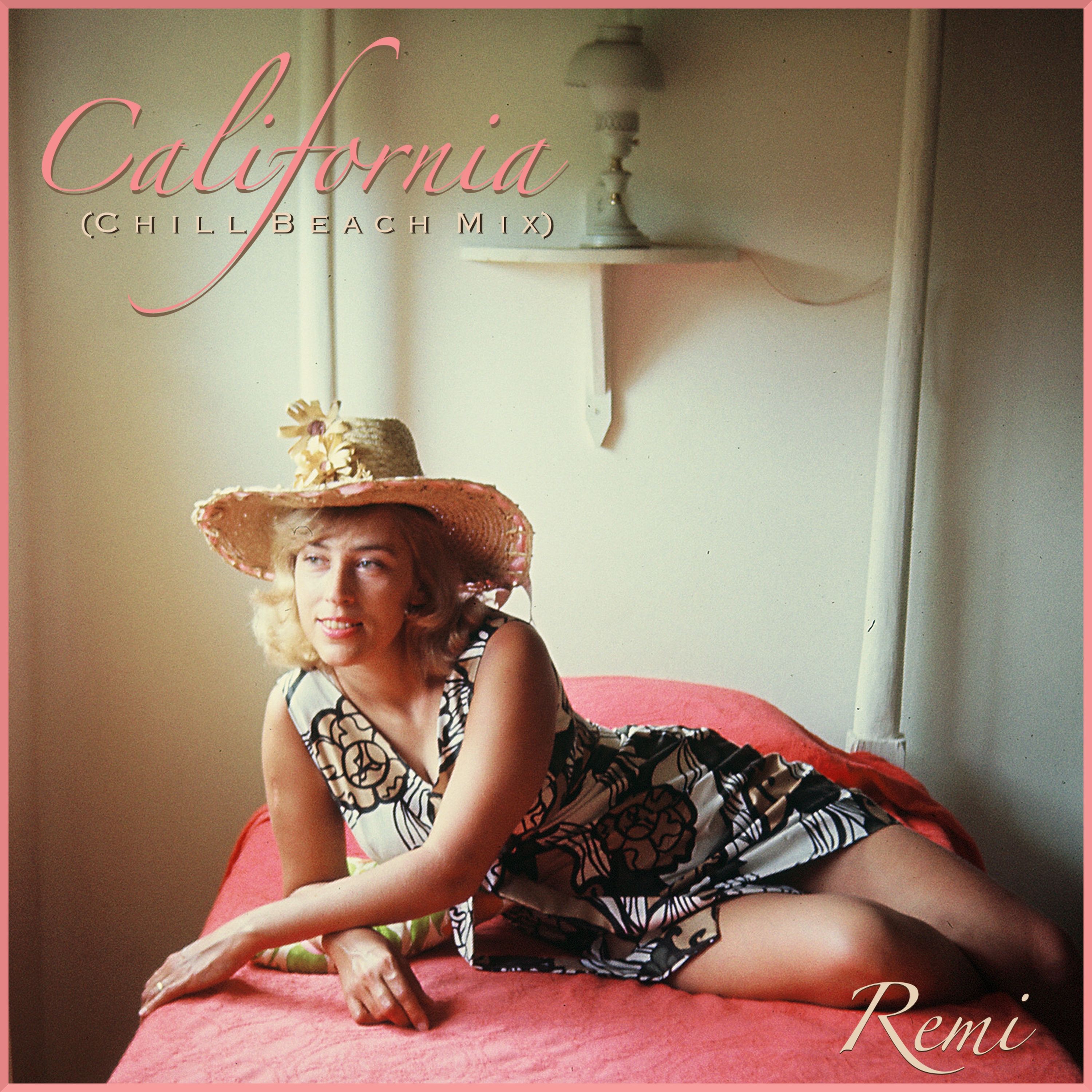 This song expresses one of my deepest desires - to escape the Midwest winters and trade in pine trees for palm trees. That's my mom on the cover! Circa 1960's - the original California girl. This remix is a nod to the Great American Songbook with a twist. Picture Michael Buble' with his lovely wife Luisana on a California beach, sipping mojitos with Peggy Lee & Bebel Gilberto - Cheers!